Passing a strange exam is essential to serving Queen Elizabeth

Carcass of one fly 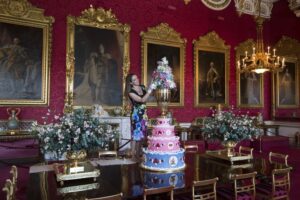 You may have thought about working at Buckingham Palace or Windsor Castle. But, of course, working for Queen Elizabeth doesn’t seem to be as easy as getting a regular job.

In fact, there are “strange tests” that must be passed in order to join the team responsible for cleaning the palace.

Tracy Waterman, head of the royal staff recruitment department, revealed in a documentary on the British TV station Channel 5, that her recruitment team is arguably the best staff for palace housekeepers. It is said that he devised a “fly carcass test” in order to adopt.

It’s (perhaps as you might expect) that the team put a dead fly on a fireplace or carpet in a room in the palace in advance to see if the candidate is a person who can see even the smallest.

Waterman describes the test as follows:

“Slowly invite the candidates into the room, giving them a chance to look around the room … and guide them to the front of the fireplace, emphasizing that it’s a great fireplace. “I would like you to notice the dead flies at this point and pick them up if possible.”

Many people will find dead flies to be “unpleasant.” Still, for the hiring team, this is just a way to see if they have the necessary qualities for the person cleaning the palace for Her Majesty and if she can see the details.

“This is a great test. Perhaps half of the 10 candidates will notice flies, but only one will actually bend down and pick it up,” Waterman said. I’m a special housekeeper. ” “The difference between a five-star hotel chambermaid and a palace housekeeper is that they pay attention to these details,” he said.

By the way, how much reward can the palace housekeepers get by having a keen eye for the details?

According to “OK” magazine, a housekeeper recruitment advertisement issued in October last year stated that the apprentice’s annual income was £ 19,100 (about 2.9 million yen). Staff live in the palace’s dormitory and are provided with all meals and transportation costs when needed. In addition, when the employment contract expires, he/she will be able to obtain certification as a housekeeper.

You can live in the palace and eat for free! For that alone, some people may be interested.

The next trend food is “Tahini”! What is the appeal of the hot foods that sell explosively in Europe and the United States?

Murder case at the alumni association! Chace Crawford and Jamie Chung look for the culprit

Prevent the three major eyelines! Simple tricks that make it harder to fail