Starbucks has orders that are rejected by “how to ask” !? Even if you sell at the store, if you make a mistake in ordering, it will be refused, so be careful.

What drinks can’t be made by a Starbucks clerk? 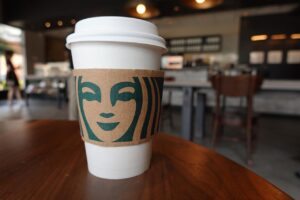 Starbucks, the world’s leading coffee chain, is known not only for making drinks according to the tastes of customers, but also for the so-called “back menu”, but it is still made. It is said that there are drinks that will be refused. It’s a drink that uses “food”.

At Starbucks in the United States, there are constant requests to “blend drinks” with foods such as cake pops, brownies, and egg bites sold in the store, and some even bring homemade food to the store and ask for it. Or something. However, a Starbucks representative told Insider that “the company policy does not allow us to add food to our drinks,” no matter how much our customers ask us to “make it.” “Don’t do it”.

In fact, this problem has been discussed in the past on the online bulletin board “reddit”, which is said to be the American version of 2channel, and the reason why it is prohibited is that a person who claims to be an active Starbucks clerk said, “Secondary pollution or accidentally a mixer. Because there is a possibility of damaging it. ”

However, there are exceptions. A Starbucks representative told Insider that coffee, milk and syrup, as well as bananas, blueberries and evolution fresh (* fruit and vegetable juices manufactured and sold by Starbucks) can be added. However, you can only put it in, and if you want to blend brownies with your favorite Frappuccino, Starbucks can’t.

It seems better to remember that “food cannot be put in” not only because you are not disappointed, but also so that the barista does not have to apologize or explain.

“Onigiri” and “melon bread” are popular in Paris

A popular “harvest garden” in the Netherlands where vaccination is progressing. Enjoy leisurely on the farmland in the suburbs.

スポンサーリンク
John Lennon is responsible for the dissolution of the Beatles, Paul confesses
Important announcement on 36th birthday, Silk Sonic album to which Bruno Mars belongs is decided
スポンサーリンク

Costco, if you break “that rule”, you will receive a “cowardly letter”
UK Singles Chart, Elton John No. 1 for the first time in 16 years
iPhone and iPad should be updated immediately
Is it possible to collaborate? Fendi and Kim Kardashian’s SKIMS collaboration leaked
Gucci x Comme des Garcons’ blockbuster collaboration bag is now available in the third edition!