Popular rapper Cardi B celebrates his 29th birthday and holds a birthday party. The costumes of the celebrities gathered there were too radical. 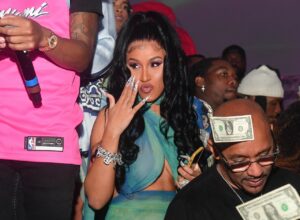 Cardi B, who has released a number of hit songs and won the “Best Rap Album Award” for the first time as a female artist at the 2019 Grammy Awards Ceremony, will celebrate her 29th birthday on October 11th. Welcomed.

On her birthday, a dancehall-themed party was held in Los Angeles. Popular celebrities gather at Cardi’s birthday party as guests.

At that party, it was the birthday of Cardi, who likes radical styles, and many guests wore beautiful costumes that had a big impact so that it was hard to see. Introducing the boldly dressed celebrities who gathered at Cardi’s birthday party with gorgeous guests.

In addition, Normani, Snoop Dogg, Chance the Rapper, 2 Chainz and others participated in Cardi’s birthday party. By the way, Offset, the husband of Cardi, who is known for giving luxurious gifts every year on his birthday, bought and presented a house in the Dominican Republic, the hometown of Cardi’s family.

Draw a sequel to the original version of the movie “Ghostbusters: Afterlife” directed by Jason Reitman

Is it possible to collaborate? Fendi and Kim Kardashian’s SKIMS collaboration leaked

スポンサーリンク
Mick Jagger sings at karaoke bar and jumps into bachelor party
Just a prophecy! Discovered the moment when “Bitcoin” first appeared in TV dramas in the era of 1BT = 375 yen
スポンサーリンク