This is the first time TSMC has built a factory in Japan. 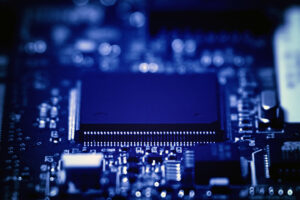 The Japanese government has announced its intention to attract advanced semiconductor factories to Japan, and has begun adjustments to subsidize about half of the total project cost. The policy is to include maintenance support-related costs in the 2021 supplementary budget, which will be organized after the lower house election.

This is the first time TSMC has built a factory in Japan. The new plant will begin construction next spring, aiming for full operation in 2025, according to people familiar with the matter.

Semiconductors are becoming more important in terms of economic security due to the progress of digitalization and the battle for technological hegemony between the United States and China. A large amount of funds will be required to develop a production base for high-performance semiconductors, and TSMC’s total investment is expected to reach 800 billion yen. The Japanese government is discussing subsidies for half the price.

The new factory is planned to be built adjacent to the image sensor factory of Sony Semiconductor Manufacturing, a semiconductor production subsidiary of Sony Group in Kikuyo Town, Kumamoto Prefecture. Sony is expected to cooperate in preparing the land, and started construction work at the end of August at the “Second Haramizu Industrial Park (tentative name)” to be acquired from the town.

Sony has already outsourced most of the production of logic semiconductors used in image sensors to external companies. If you become a large customer of semiconductors produced at the new factory and have a stable procurement system, the benefits will be great. The new plant is also expected to produce semiconductors for automobiles.

Kumamoto Prefecture has been entrusted with sewerage maintenance work for the Second Haramizu Industrial Park from Kikuyo Town. There are great expectations for the attraction, such as using the town’s budget and proceeding with the construction over a three-year period.

Governor Ikuo Kabashima said at a regular press conference on the 13th, “TSMC has not yet contacted us. If the world’s most advanced semiconductors are produced in Kumamoto, it will greatly contribute to the security of Japan’s economy.”

Released the main film of the “ABOUT LOVE” campaign featuring Tiffany, Beyonce & JAY-Z

What you know about Grey’s Anatomy Season 18

スポンサーリンク
The official view is not “black”! What color is Oreo? This photo may end the discussion
Paris Hilton, a party girl representing the celebrity world, goes to the last night out of bachelorette! Overwhelm the world with a flashy bachelorette party
スポンサーリンク