Oatmeal, which is a hot topic in the streets, is an ingredient that can be eaten in various ways depending on the arrangement. There is also an arrangement that allows you to make high-protein snacks. A celebrity has released a recipe for a recommended snack after exercise, which is made using oatmeal. 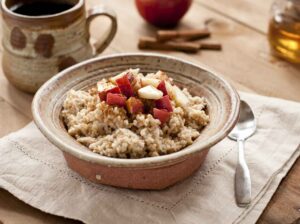 Oatmeal is one of the ingredients that has been booming in Japan these days. The number of Google searches in Japan recorded a sharp rise of about 200% year-on-year in May of this year, and has maintained a high degree of attention since then.

Oatmeal not only replaces staple foods such as rice and bread with healthy foods, but is also a reliable ingredient when making snacks. While recipes such as cookies and pancakes using oatmeal are gaining popularity, I would like to recommend “protein snacks” using oatmeal.

Protein snacks are literally snacks that allow you to get plenty of protein. Since protein is an essential nutrient for building muscle, people who work out and make up their bodies are introducing their own protein snacks on SNS etc. overseas, and posts with the tag “#protein snack” are posted on Instagram. It is so popular that it exceeds 170,000.

A popular celebrity proposes a recipe for making such protein snacks with oatmeal, a notable ingredient. Introducing a simple recipe that just mixes with a video. 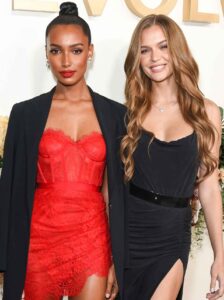 The recipe introduced this time is recommended by the Instagram account jointly run by models Jasmine Tookes and Josephine Skriver, who broke as an advertising tower for the popular lingerie brand Victoria’s Secret. The two accounts share a lot of exercise menus and healthy recipes.

This recipe, introduced by Jasmine and Josephine, is fairly high in protein as it uses plenty of protein-rich peanut butter (unsweetened) as well as protein powder. In addition, oatmeal, which contains about 20 times more dietary fiber than white rice, and chia seeds, which contain more than 6 times more dietary fiber than burdock, make you feel hungry and have great expectations for intestinal activity. It is a perfect snack for muscle training and rewards after exercise.

Also, unlike the standard snacks that use oatmeal, it’s easy to just mix and shape without using an oven or frying pan. Since oatmeal is used without heating, it is recommended to choose a type that is easy to eat as it is, such as instant oats.

Protein snack made using oatmeal. It’s easy and quick, so give it a try.

Costco, “that product” will “get the money” for the annual membership fee! What items should I buy?

The next trend food is “Tahini”! What is the appeal of the hot foods that sell explosively in Europe and the United States?

スポンサーリンク
Ed Sheeran, the first voice of his proposed wife was “Joke, right?”
Apple, USA, event on the 18th of this month New MacBook Pro will appear
スポンサーリンク