Apple Inc. announced on the 12th that it will hold an event on the 18th. This will be Apple’s second major product launch event this fall. 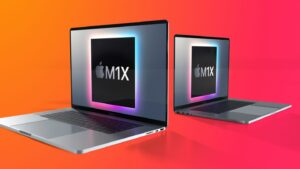 It has been observed that Apple is likely to announce a new high-performance “MacBook Pro” at this event.

The headline of the event notification is “Unleashed,” which means “unleashed” in Japanese. In the Japanese version, it says “Power is fully open.”

Apple held an event about a month ago and announced four new iPhone models and a new Apple watch.

The final chapter of the “Walking Dead” spin-off, the director becomes “all women”!

When I ordered “Metroid Dread” from Amazon, “what I received” was hopeless …

Draws a photographer who introduced Minamata disease to the world, starring Johnny Depp in the movie “MINAMATA”