Exclusive distribution on Star Channel EX on November 24, the drama “Vigil Underwater Conspiracy” with the highest BBC audience rating [Teaser video]
Britney Spears Engages Dancer Sam Asgari!
円満退社に向けたあなたが注意すべき事、5項目
外資系未経験で転職する英語力準備とは？ 4つのポイント
U.S. Secretary of State Adds “That Song” from “Blade of Annihilation” to Her Music Playlist
Kissmark on the neck, Kim Kardashian and Pete Davidson on a hand-held date
未経験からの外資系への転職する人が知っておくべき、3つのポイント
Culture of eating raw food in Japan
Kanye West declares to be a family again with Kim Kardashian, who is rumored to be dating a new lover
What’s next in food trends? A major international supermarket predicts the food trends of 2022
Bottega Veneta dominates the Great Wall of China! The scene is breathtaking!
高級ホテルで行われる面接、外資系企業
Daniel Craig, the sixth James Bond, wears all black in New York City.
Sex and the City sequel’s much-talked-about onesie actually cost $5
“Santa Claus’s love” drawn in a commercial for a post office 50 years after Norway recognized homosexuality
Japanese judo players who think they will lose except for the gold medal at the Olympics
Good dating with DiCaprio! Camila Morrone unveils see-through dress
Hurry to Starbucks in Japan! Collaboration between Starbucks and Taylor Swift realized for a limited time
Japan’s “Too Sexy Ronald McDonald,” which shook the world, became a topic of conversation overseas again with a certain “trigger.
Real Madrid transfer “certain” Mbappe to Benzema’s neighbor? To purchase a property in Madrid
McDonald’s notices “cheese problem” about Double Big Mac
Co-star witnesses Leonardo DiCaprio’s bravery in rescuing his dog from a frozen lake
Real estate once owned by Prince Charles, for sale for about 760 million yen
How to make Japanese tea without mistake
会社にバレずに転職活動する時、気を付けたい4ポイント
BTS’s personal Instagram, who was the first celebrity to follow them?
Don’t miss the airport version of the popular anime! Very satisfied with goods and gourmet “Narita Anime Deck” latest guide
Starbucks Christmas tumblers that “sparkle like jewels! Christmas tumblers are too cute!
Louis Vuitton and Nike collaborated Air Force 1, unveiled by Givenchy’s designer
McDonald’s finds an “easy and reliable way” to get freshly fried potatoes
In 1987, the youth music movie “SHOPLIFTERS OF THE WORLD”, which colors the summer night of five young people with the Smiths’ masterpiece, was released in December.
Meghan’s “prank” was noisy, and she suddenly started singing with her cat ears.
Billie Eilish talks about how watching adult videos since the age of 11 has affected her “sex life”.
2022年 外資系企業やエグゼクティブ職の転職時にコンタクトすべき外資系人材紹介会社 5選
Brazilian national singer Marilia Mendonsa crashes to death with 39 million followers, 26-year-old diva
The Matrix Resurrects: What You Shouldn’t Expect, What You Shouldn’t Do
ホーム
Entertainment/Beauty

Ed Sheeran, a singer-songwriter who has collaborated with Eminem three times so far, revealed the “common hobby” that made him get along with Eminem.

Ed Sheeran has collaborated with Eminem many times

Ed Sheeran (30) released his fourth album “= (equals)” on October 29th, which was the first album after the suspension period. Ed, who also provides songs to other artists as a songwriter, such as working on BTS’s latest single “Permission to Dance” which won the first place in the United States, has a rich collaboration history and has been a close friend Taylor Swift so far. And Justin Bieber, he has collaborated with many well-known artists. 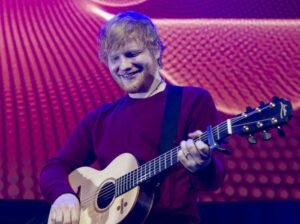 In addition, Ed is known for his talent for rap, as he has been praised by rapper Ty Dolla Sign for “the strength of rap battle”, and is regarded by rappers.

Ed collaborated with Cardi B, Travis Scott, Chance the Rapper and others on the collaboration album “No.6 Collaborations Project” released in 2019, but among them, he has collaborated many times so far. One of the rappers is Eminem (49). 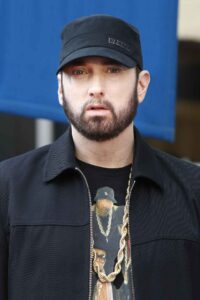 Eminem participated in “REMEMBER THE NAME” recorded in Ed’s “No.6 Collaborations Project” with 50 cents, and also invited Ed to his own album, and released the album “Revival” in 2017. “River” and “Those Kinda Nights” from “Music to Be Murdered By” released in March last year featured Ed.

According to Ed, he said that he was close enough to keep in touch with Eminem even in private, and having a common hobby with him was an opportunity to foster friendship. Ed, who recently appeared on the BBC show Jules Club, said, “I’m collecting cassettes. I also have cassettes from Ray Charles and Stevie Wonder, but it’s hard to find.” He revealed that he collects cassettes as a hobby, but Eminem also has a hobby of collecting cassettes. 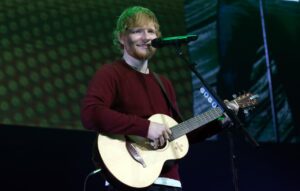 “He also collects cassettes. That’s his hobby. He likes to collect. He collects enthusiastically,” Ed reveals about Eminem’s hobby.

When they found out that they had a common hobby of collecting cassettes, they said they “started something like a cool pen pal”. “I just received a message about LL Cool J’s cassettes,” Ed said, revealing that he regularly interacts with Eminem about cassette tapes.

“He said,’I started rap because of this cassette,'” Ed said. “I sent him a Van Morrison cassette, but next time I’m thinking of sending him a David Gray’White Ladder’cassette.”

For Ed, Eminem, who has the same hobby, seems to be a very valuable friend, and he said, “The only person I know who collects in the same way is Eminem.”

Adele’s new release coming soon? “30” billboards appear in Tokyo all over the world

Zendaya catches the eye in a challenging dress with a “golden spine”.

“The Matrix” Morpheus breaks out of “agent” theory