The latest prologue video and poster of the blockbuster series “Jurassic World Dominion (original title)” that exceeds 5 minutes and 30 seconds will be unveiled. The footage captures the Cretaceous scene of dinosaurs resurrected using the latest Hollywood technology, and the shocking scenes that appear in modern human society, full of reality. 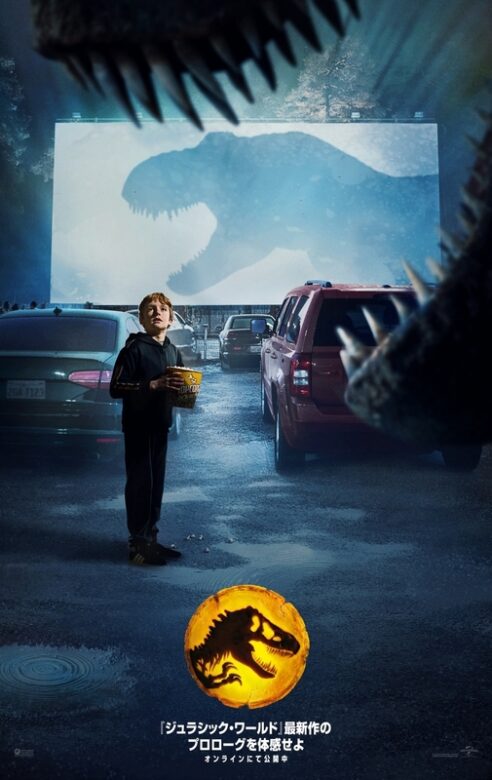 The “Jurassic” series, in which master Steven Spielberg brought dinosaurs to life and fascinated people all over the world with his realistic and thrilling visual experience. The story of the latest work “Jurassic World Dominion (original title)” is wrapped in a veil, but director Colin Trevorrow takes a megaphone, and familiar casts such as Chris Pratt and Bryce Dallas Howard are reunited.

The prologue footage shows a magnificent scale of dinosaurs roaming the earth 65 million years ago, long before the birth of mankind in the Cretaceous era. The moment, which can be said to be the origin of this series, was captured in the first work “Jurassic Park” (1993), in which the DNA of dinosaurs was preserved by mosquitoes. Time has changed, and images are moving to the modern earth. In the previous work “Jurassic World: The Kingdom of Fire” (2018), the dinosaurs were transferred from Isla Nublar Island to Northern California, USA, and released all over the world, but the video that seems to be the subsequent episode continues. Tyrannosaurus appearing in a drive-in theater panics people, and a helicopter cuts out a sniper aiming for it.

In the poster, you can see the shadow of Tyrannosaurus on the screen of the drive-in theater and the boy looking up at the dinosaur itself. With the appearance of a new dinosaur in this work, expectations are high for the follow-up report.

To commemorate the release of the opening video, it has been decided to carry out the “Expected Posting Campaign” on Twitter from November 25th to December 27th today. Follow the official Twitter account (https://twitter.com/jurassicworldjp) and post your new story predictions and passion for this series with the hashtag “#Jura full power waiting”, and you will be gorgeous by lottery. Win a prize. Details can be found on the campaign website (https://www.jurassicworld.jp/jwd-twcp/).

“Jurassic World Dominion” will be released nationwide on June 10, 2022, and in Japan in the summer of the same year.

The villain “Kuro” of the MCU “Eternals” was not the expected actor!

Keanu Reeves delights fans with “the character you want to play again”!

The model is about to fall! Audience supports a model that is about to collapse at the Armani show

Stay in the “SATC” carrie room and try out your closet clothes as much as you want! Sarah Jessica Parker Hosts Airbnb in NY

Why doesn’t his wand fall off? What is it about Voldemort that makes him so creepy in “Harry Potter”?