外資系へ未経験で転職する準備には？日系企業との違い 4つのポイント
Hooters, “new shorts” voices from employees “like underwear” one after another → changed rules
McDonald’s, customers who have done “something” will be “banned”
Anne Hathaway looks like Audrey Hepburn!
Why Costco’s “That Item” Was Bought in Bulk
And Just Like That…” Miranda surprises us on the last day of filming
外資系企業で生きていく英語力スキルアップ ７ポイント
JoJo Siwa and Naomi Osaka spotted at Lakers game with high celebrity encounter rate
Tateyama Kurobe Alpine Route Complete Guide! Summary of essential reading knowledge of Snow Corridor
未経験からの外資系への転職する人が知っておくべき、3つのポイント
外資系企業で働いて良かった事 5選
Wig alone cost over 1 million yen! Lady Gaga’s obsession with hair styling for “House of Gucci” is amazing!
How to make Japanese tea without mistake
Brad Pitt’s ‘Surprising Reaction’ to Reports of His Love Life, Revealed by His ‘Rumored Partner
Kentucky Fried Chicken, “Left Food” Causes Horror
Very short summer vacation for Japanese businessmen
BTS’s V dances next to “the female singer” at Harry Styles’ concert
Gaston’s public proposal to Belle at Disneyland→Belle’s “reply” is too biting
Sex and the City sequel’s much-talked-about onesie actually cost $5
Selena Gomez freaks out over the ‘size’ of her new tattoo
Isn’t Lexi from “The Matrix” too stylish? I’m curious about Elendira Ybarra!
Popcorn on the Christmas tree? Kendall Jenner’s “Mysterious Tree”.
Keanu Reeves reunites with Drew Barrymore, and it’s rare to see him feel like a “relative uncle” every time!
That popular cast is back! Summary information on the sequel to “Sex and the City”
Disneyland’s “punishment” for female guests warned for being “too revealing” is more of a reward
Brazilian national singer Marilia Mendonsa crashes to death with 39 million followers, 26-year-old diva
Amazon’s “placement” is stolen! “Too intense revenge plan” has an unexpected ending
Tense “Diana’s Christmas Vacation”… from the movie “Spencer”, a scene of the Royal Family gathered together has been released
外資系未経験で転職する英語力準備とは？ 4つのポイント
Arsenal’s Pierre-Emerick Aubameyang and Barcelona’s Ousmane Dembele to be traded
Keanu Reeves is too sincere about what he “paid for” behind the scenes of the new “Matrix” movie
Japanese judo players who think they will lose except for the gold medal at the Olympics
Billie Eilish shows off her “absolute range” in all-white outfit
6ポイント、40 代転職で活用する転職サイトとの付き合い方
SAG Awards 2022 Nominations Announced! No nominations for Kristen Stewart
Kissmark on the neck, Kim Kardashian and Pete Davidson on a hand-held date
ホーム
Entertainment/Beauty

A member who bought a large quantity of a single toy at Costco is being applauded.

What is the purpose of buying in bulk at Costco?

Costco also has popular products for children, such as stuffed bears over 2 meters long. Costco also sells toys of various famous characters, including toys from the popular Star Wars series, which has been around since 1977.

A person in Cincinnati, Ohio, USA, posted on Reddit that he had purchased a large number of “Star Wars” toys and received a lot of praise.

Buying a large number of toys of a popular movie is not such a pleasant thing to do, considering that there are other people who want to buy them, but why? It lies in the reason why this person bought the toys.

The purpose was to donate them to the Ronald McDonald House, where there are children battling diseases. 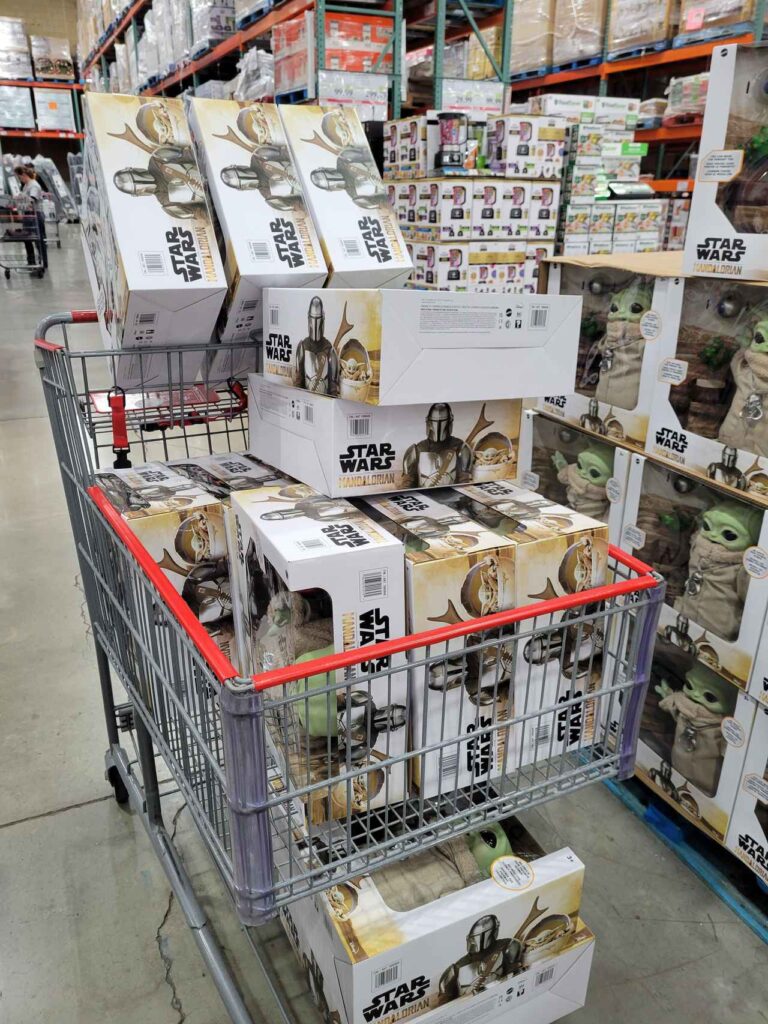 The post was accompanied by the thought that “children can get one after surgery or chemotherapy,” and the contributor received a lot of praise for buying and donating toys for children.

Moreover, the toy is believed to be a doll of Baby Yoda, a very popular character from the “Star Wars” spin-off drama “The Mandalorian,” which is distributed by Disney Plus.

Baby Yoda exploded in popularity after the release of “The Mandalorian,” and many items imitating Baby Yoda were sold on websites where handmade products could be sold. However, the popularity of the doll was so great that Disney, the original creator of the game, had to stop selling some of the items.

The Baby Yoda dolls would be popular among children as well. There is not much that adults can do to help children who are battling illness. This person took action by donating the toys.

The Matrix Resurrections” is a love story between Neo and Trinity, looking back at their past.

Watch “Get Back” by The Beatles, daughter Paul McCartney and two sons of John Lennon