Louis Vuitton and Nike collaborated Air Force 1, unveiled by Givenchy’s designer
Who wanted to meet to death? Emma Watson meets an idol in public for the first time in two years
外資系人材紹介会社コンサルタントから電話があった時、注意すべき3点
20代は未経験でも転職できるのか？考える4つのポイント
Bon festival dance is one of the summer traditions in Japan.
Real estate once owned by Prince Charles, for sale for about 760 million yen
For glossy gray hair! 2 professionally recommended “white hair care shampoos”
McDonald’s, customers who have done “something” will be “banned”
Kanye West declares to be a family again with Kim Kardashian, who is rumored to be dating a new lover
Neymar’s grandmother’s 400 million yen mansion is the talk of the town. ‘The best Christmas present in the universe’
Janet Jackson opens up about her ‘breast glance incident’ at the Super Bowl
Disneyland’s “punishment” for female guests warned for being “too revealing” is more of a reward
Sex and the City sequel’s much-talked-about onesie actually cost $5
Mariah Carey’s outfit at McDonald’s is just “as good as it gets”!
McDonald’s notices “cheese problem” about Double Big Mac
“The reason why the role of Trinity in” The Matrix “did not contact the co-stars” is heart-warming
初めて外資系企業の経理・会計職に転職、押さえるべき5ポイント
Taylor Swift, [2021 Gracie Awards] Thanks to the fans for the award-winning speech “Thanks to everyone, this album was made”
高級ホテルで行われる面接、外資系企業
Billie Eilish performs with Ai Yazawa’s “NANA” T-shirt
THE BATMAN The Batman” to be released on March 11, 2022 New Catwoman scene photos unveiled
Hurry to Starbucks in Japan! Collaboration between Starbucks and Taylor Swift realized for a limited time
外資系企業で働いて良かった事 5選
Adele’s favorite eyeliner is a huge hit! Also available in Japan
McDonald’s “This Way of Eating” Tastes Like Heaven, Try It Now!
Uber stuck in snow traffic for “9 hours”, what about the fare…!
Messi’s wife, Roxo, wears a red dress in a two-shot photo: “King and Queen”.
BTS’s V dances next to “the female singer” at Harry Styles’ concert
A character with only one chest appears in “The Simpsons”! Fans praise the bright “Breast Cancer Survivor”
Adele’s new release coming soon? “30” billboards appear in Tokyo all over the world
Sad news: “Harry Potter” reunion show mistakes Emma Watson for Emma Roberts
Tense “Diana’s Christmas Vacation”… from the movie “Spencer”, a scene of the Royal Family gathered together has been released
Japanese judo players who think they will lose except for the gold medal at the Olympics
Eminem, Snoop, Dr. Dre and more for the 2022 Super Bowl halftime show
Billie Eilish Blasts Charlie Puth for Calling him a ‘Loser’
外資系企業が求めるグローバル人材要素、5選
ホーム
Entertainment/Beauty
Entertainment

Alia Shawkat, who was rumored to be romantically linked to Brad Pitt from 2019 to 2020, revealed Brad’s “surprising reaction” when the reports of their romance came out.

Brad Bitt is not interested in gossiping about himself.

In an interview with The New Yorker, actor Alia Shawkat, who was rumored to be romantically involved with Brad Pitt after being spotted with him several times during 2019 and 2020, reflected on the reports.

In an interview with The New Yorker, Alia Shawkat, the actor who was rumored to be romantically involved with Brad, recalled the reports of their romance: “It came out of nowhere and left before it had even cooled down. We were in the middle of a new coronavirus pandemic, and I had to deal with it alone. It was very strange. It’s like a weird dream now, I don’t remember it ever happening,” she said, revealing Brad’s “surprising reaction” when he found out about the news. 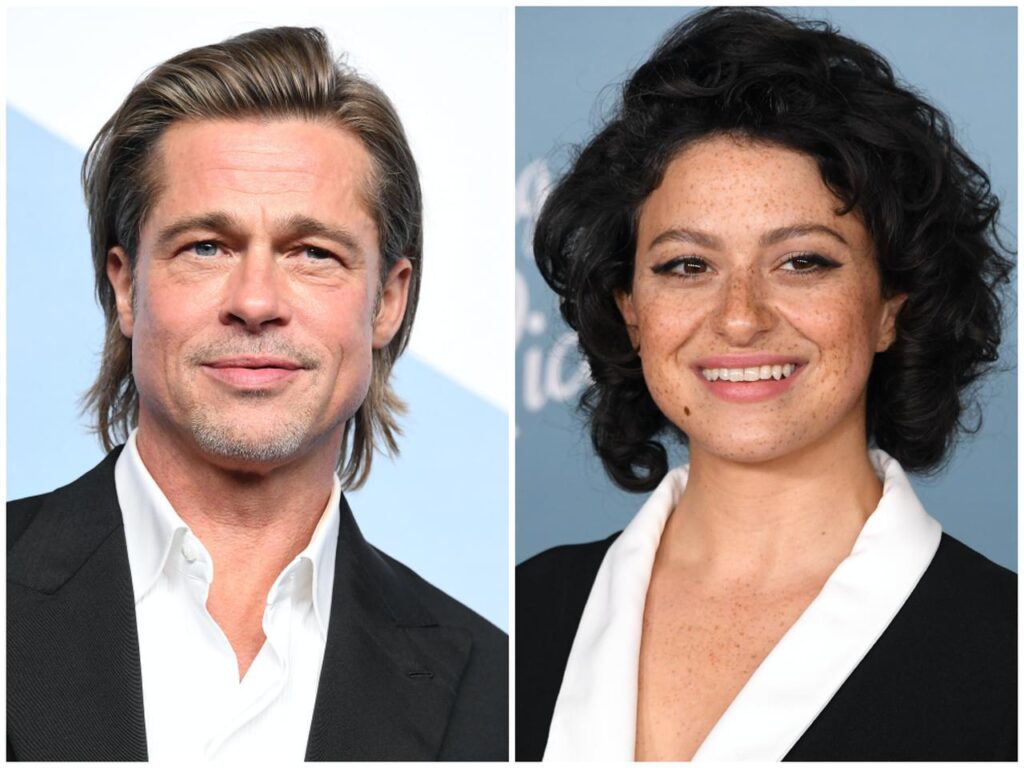 Brad’s reaction to the news was also surprising: “Brad had no idea that we were rumored to be in love. I found that very interesting. He doesn’t read that stuff. He doesn’t read that stuff. I told him, ‘This is happening and I’m being followed,’ and he said, ‘I’m sorry. I’m sorry this is happening to you. This is what happens when you’re with me,’ he said. He didn’t show any sign of being concerned.

By the way, although it was a rumor, her grandmother was happy to hear that her grandson Aria was rumored to be a world star.

For Alia, being chased by the paparazzi was not a pleasant experience, but as she said at the beginning, the attention was only temporary and the storm soon passed.

Avril Lavigne Talks About Her Influence on the Next Generation

Ed Sheeran gave a free concert during his vacation

BTS’s V gets the biggest compliment from Coldplay, saying he’s “another Chris Martin