Don’t miss the airport version of the popular anime! Very satisfied with goods and gourmet “Narita Anime Deck” latest guide
Daniel Craig, the sixth James Bond, wears all black in New York City.
Cristiano Ronaldo reportedly selling himself to Barca
Louis Vuitton and Nike collaborated Air Force 1, unveiled by Givenchy’s designer
外資系企業で働いて良かった事 5選
外資系企業へ転職する人へ知っておくべき５つのポイント
Popcorn on the Christmas tree? Kendall Jenner’s “Mysterious Tree”.
会社にバレずに転職活動する時、気を付けたい4ポイント
A popular “harvest garden” in the Netherlands where vaccination is progressing. Enjoy leisurely on the farmland in the suburbs.
How to make Japanese tea without mistake
Virgil Abloh’s DMs from before his death continue to be released
Why Patricia Field Didn’t Participate in the Sequel of “Sex and the City
外資系企業へ転職した際、あなたが直ぐにする事は。またしてはいけない事は。
Adele’s new release coming soon? “30” billboards appear in Tokyo all over the world
McDonald’s, customers who have done “something” will be “banned”
Ed Sheeran gave a free concert during his vacation
McDonald’s “This Way of Eating” Tastes Like Heaven, Try It Now!
Anne Hathaway looks like Audrey Hepburn!
Adele’s favorite eyeliner is a huge hit! Also available in Japan
McDonald’s finds an “easy and reliable way” to get freshly fried potatoes
What is the secret to maintaining a beautiful Victoria Beckham body shape over the years?
Billie Eilish performs with Ai Yazawa’s “NANA” T-shirt
転職活動がうまくいかない5原因とその対策
Kanye West declares to be a family again with Kim Kardashian, who is rumored to be dating a new lover
A total of about 800 million yen! Ariana Grande Offers “Free Therapy”
Very short summer vacation for Japanese businessmen
Billie Eilish shows off her “absolute range” in all-white outfit
Benedict Cumberbatch in the movie The Courier: Top Secret Carrier Spies Avoid Nuclear War
Sandra Bullock reveals a romantic episode with the rumored Keanu Reeves in the past
Christopher Abbott on new film directed by Yorgos Lanthimos and starring Emma Stone
初めて上司に退職の意思を示す。失敗しない5ポイント
Kentucky Fried Chicken’s “sloppy eating” is the best way to eat!
Kissmark on the neck, Kim Kardashian and Pete Davidson on a hand-held date
Real Madrid transfer “certain” Mbappe to Benzema’s neighbor? To purchase a property in Madrid
7ポイント、外資系企業の転職面接準備
Starbucks Christmas tumblers that “sparkle like jewels! Christmas tumblers are too cute!
ホーム
Entertainment/Beauty
Entertainment

The Academy Awards, considered the highest honor in the American film industry, has been held without a host since 2019, but this year, the 94th Academy Awards, the host is expected to return. Deadline reports.

It is hoped that a popular host will be appointed this year. 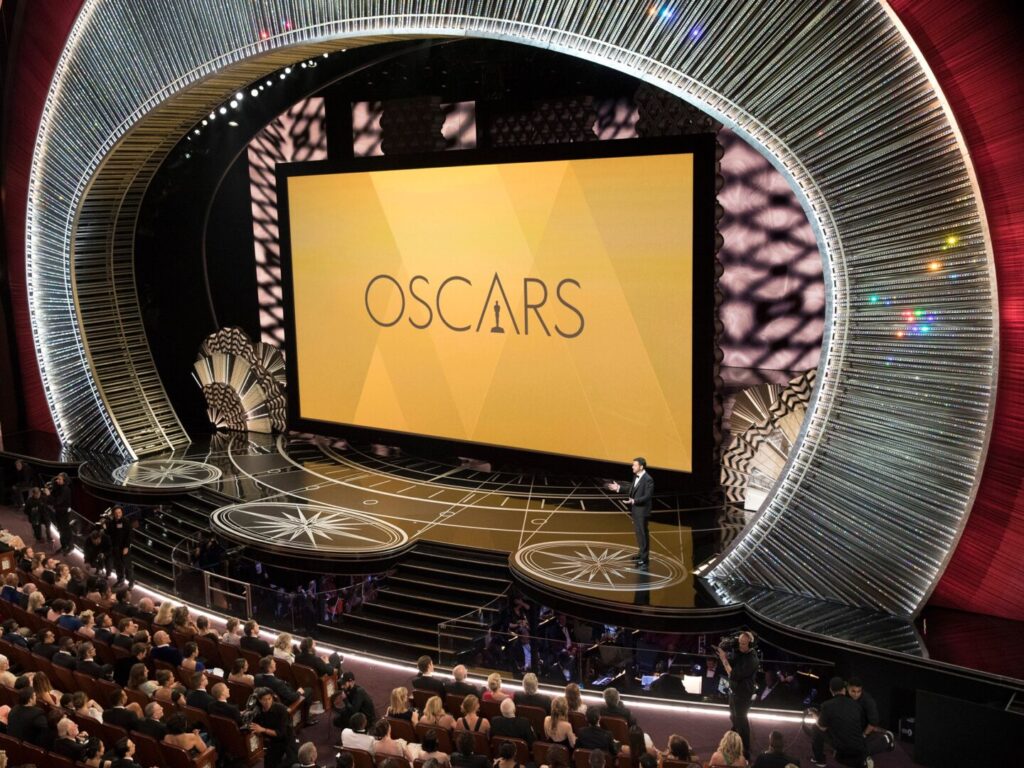 Craig Erwich, president of Hulu Originals and ABC Entertainment, which hold the U.S. broadcasting rights for the awards ceremony, commented at a press tour hosted by the Television Critics Association (TCA) that the host will return for this year’s awards ceremony. No specific names were mentioned.

However, Kevin Hart of the U.S. comedy actor who had been decided to be a host of the Academy Award ceremony in 2007 dropped out of the ceremony due to a flare-up of his past tweets. The award ceremony was held without a host. As for Hulu Originals and ABC Entertainment, it is hoped that a popular host will be appointed this year.

According to sources, the Academy of Motion Picture Arts and Sciences, which organizes the awards, and Will Packer, the producer of the awards ceremony, are approaching Dwayne Johnson and other big names in Hollywood. Chris Rock, a popular American comedian who has hosted the event in the past, has also been approached. However, due to the spread of the Omicron strain of the new coronavirus, it is difficult to read the future situation and they have not been able to get a firm commitment. It is also said that the idea of the three stars taking turns as hosts is being considered.

The nominations for the 94th Academy Awards will be announced on February 8 (local time), and the award ceremony will be held on March 27 at the Dolby Theatre in Los Angeles.

Anne Hathaway is too cute in her “date” with her husband!