外資系企業へ転職した際、あなたが直ぐにする事は。またしてはいけない事は。
Amber Heard reveals in cross-examination that she hit Johnny Depp several times
If the characters in “Fantastic Beasts: The Secrets of Dumbledore” went to “Starbucks,” what would they drink? Mads Mikkelsen’s answer is perfect.
Johnny Depp’s Blue Rimmed Photo Claimed to be “Photoshopped
Britney Spears Engages Dancer Sam Asgari!
What is Amber Heard “writing down” during her trial? Mysterious contents” attracts attention.
Japanese who bow their heads when trying to shake hands
外資系企業が求めるグローバル人材要素、5選
“Onigiri” and “melon bread” are popular in Paris
Johnny Depp Can’t Stop Laughing During “Courtroom Exchange” Over His Own Penis
高級ホテルで行われる面接、外資系企業
Anything is possible? Johnny Depp, who is in dispute with his ex-wife, has an “unusual relationship” with a female lawyer.
Eminem, Snoop, Dr. Dre and more for the 2022 Super Bowl halftime show
A recipe from Billie Eilish! Easy and Healthy “Favorite” Tofu Noodle Soup Recipe (Permanent Edition)
Daniel Craig, the sixth James Bond, wears all black in New York City.
The Matrix Resurrections” is a love story between Neo and Trinity, looking back at their past.
Cardi B leaks on Russia-Ukraine crisis: “If you don’t say the right thing, they might kill you”.
Female Lawyer Who Alleges Johnny Depp and Amber Heard Are Dating, Fans Point Out Amber Heard’s Inconsistency: ‘Best Lawyer Ever’

Australia’s Federal Court on Thursday upheld the government’s decision in the case of Novak Djokovic, the world’s top-ranked men’s tennis player, whose visa was revoked again by the Australian government because he was not vaccinated against the new coronavirus.

Djokovic will not be able to play in the Australian Open in Melbourne, where he was scheduled to play his first round match on January 17, and is expected to be deported. 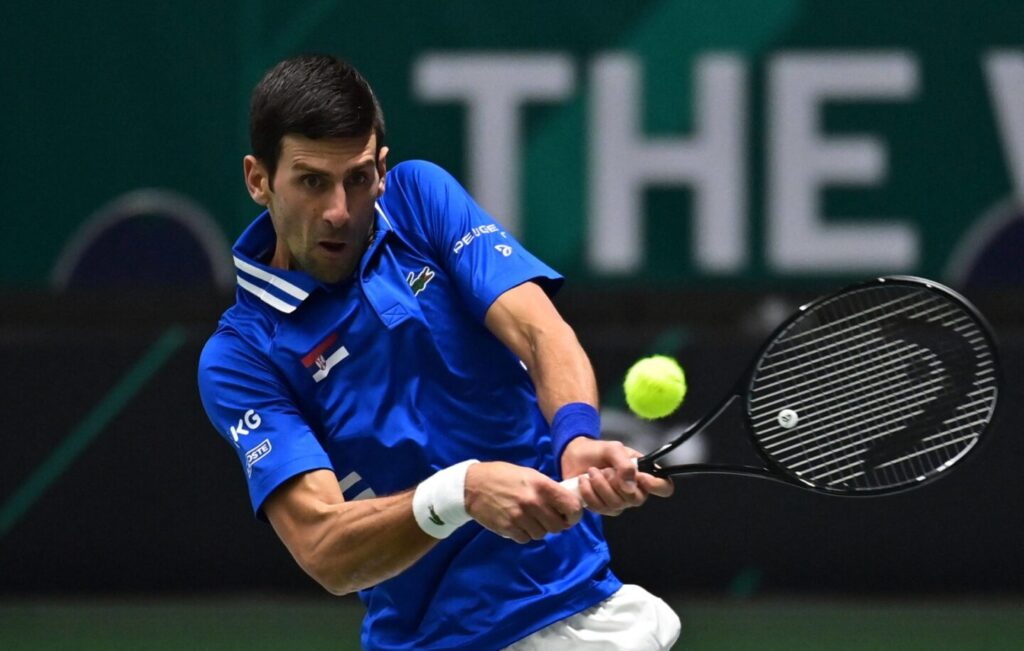 Djokovic’s winning streak at the tournament has been halted at three, and he will not be able to join Roger Federer (Switzerland) and Rafael Nadal (Spain) as the all-time winningest men’s player at the four major tournaments (20).

Djokovic, who filed a motion to stop his deportation and revoke his visa, was moved from the isolation hotel where he was remanded to attend the hearing to his lawyer’s office.

Immigration Minister Alex Hawke, who made the decision to revoke the visa, argued that “even if the risk of infecting others is small, his presence could encourage anti-vaccine sentiment,” while Djokovic’s lawyer, Nick Wood, argued that no proof of the claim was presented at the time of the decision.

Steven Lloyd, a lawyer for the government, said, “It is widely recognized that he is against inoculation and has a great influence on people.

This is the first time I have ever seen such a thing.

On January 4, Djokovic announced that he would participate in the Australian Open. It is the first time in the history of the world that the world’s top players have been exempted from the new coronavirus vaccination requirement.

January 5: Djokovic arrives in Melbourne at midnight, but is denied entry to Australia. His visa was cancelled on the grounds that he could not show the proof required for exemption from vaccination.

January 6: Transferred to a quarantine hotel in Melbourne, where he is constantly monitored by two police officers outside the door. His lawyer filed an objection with the local court.

Jan. 8 Defense argues that the fact that he tested positive on Dec. 16 last year is the reason he cannot be vaccinated. On the other hand, the fact that he attended events even after the positive test came out one after another.

January 10: The court rules that there were flaws in the visa revocation procedures, including lengthy late-night interviews, and orders his immediate release from the detention facility. Djokovic resumes practice.

January 12: While traveling to Spain at the end of the year, Djokovic is found to have made untrue statements on his entry documents. Djokovic explains that it was a mistake made by his agent.

January 14: Australia’s Immigration Minister David Hawke decides to revoke the visa again. He explained that his stay could be detrimental to the public interest. His lawyer petitioned the court to revoke the decision.

Russia's military invasion of Ukraine has made a big ripple in the sports world, but it is also affecting tennis tou...

Tiffany & Co. has announced a collaboration with Daniel Arsham in celebration of the NBA® All-Star Weekend, a pr...

As Audi's flagship saloon, the A8 has always embodied "advanced technology" with its lightweight and rigid Audi Spac...

At last! Djokovic to be vaccinated against corona, rival’s Australian victory behind his sudden decision

World No. 1 Novak Djokovic (34=Serbian) has decided to get vaccinated against the new coronavirus, according to the ...

【Beijing Winter Olympics】 Valieva crushed by pressure, “Why did you give up?” her coach asked.

Before the start of the Beijing Winter Olympics, Kamila Valieva (15, Russian Olympic Committee (ROC)) was the favori...
スポンサーリンク