Using “Breasts” as a Topic Again, Billie Eilish Reveals Secret Photos of the “Perfect” Use of Her Pride in the Form of Breasts
Johnny Depp bursts out laughing at Amber Heard’s “a comment” in court.
Meghan’s “prank” was noisy, and she suddenly started singing with her cat ears.
Johnny Depp draws in court and shows his lawyer a pile of gummy bears on his desk
Johnny Depp Can’t Help Laughing at “his own Blue jokes” Released in Court
Johnny Depp Laughs at Bodyguard’s Testimony in Court: ‘I Saw Mr. Depp’s Lower Half’
A recipe from Billie Eilish! Easy and Healthy “Favorite” Tofu Noodle Soup Recipe (Permanent Edition)
【Beijing Winter Olympics】The snowboarding legend was furious at Ayumu Hirano’s second score: “What is the point reduction? It’s a travesty” “Justice” for the reversal
Johnny Depp’s “message” written on the back of the notebook he brings to court every time he goes to court has become a topic of conversation.
外資系企業が求めるグローバル人材要素、5選
Johnny Depp and Amber Heard got into a “big fight” at a hotel in Tokyo during his visit to Japan, resulting in a “violent incident.
Is the image of Ferrari’s 2022 model “F1-75” leaked before the official announcement? Pre-released to VIP target the day before
Johnny Depp’s Lawyers Accuse Amber Heard of “Best Performance of Her Life”
Daniel Craig, the sixth James Bond, wears all black in New York City.
Johnny Depp Meets with Ex-Wife Amber Heard on Sudden Call, “Bringing a Knife”
会社にバレずに転職活動する時、気を付けたい4ポイント
転職した外資系企業で地獄から脱出した、5ポイント
Johnny Lost Disney Job Not Because of Amber’s “Accusations,” Former Co-Star Says

A Starbucks drive-thru customer was charged a hefty fee that he didn’t even know he was being charged.

What is the reason why Starbucks drive-thru customers were charged high prices they didn’t know they were being charged?

There was an incident at a Starbucks in the U.S. where a man who used the drive-thru was charged a large amount of money that he did not remember.

The total cost of the items he ordered was $46 (about 5,000 yen) when it was actually $6 (about 660 yen). The first thing I suspect is human error, but it is not a mistake. So what on earth could have caused this?

In Europe and the United States, there is an initiative called “Pay It Forward,” in which when someone is kind to you, instead of returning the favor to that person, you pass the baton of kindness by sending it to another person, and that is exactly what this man was doing when he visited Starbucks.

According to the man, the person in the car in front of him had already paid for him, and the man was supposed to pay for the person in line behind him. 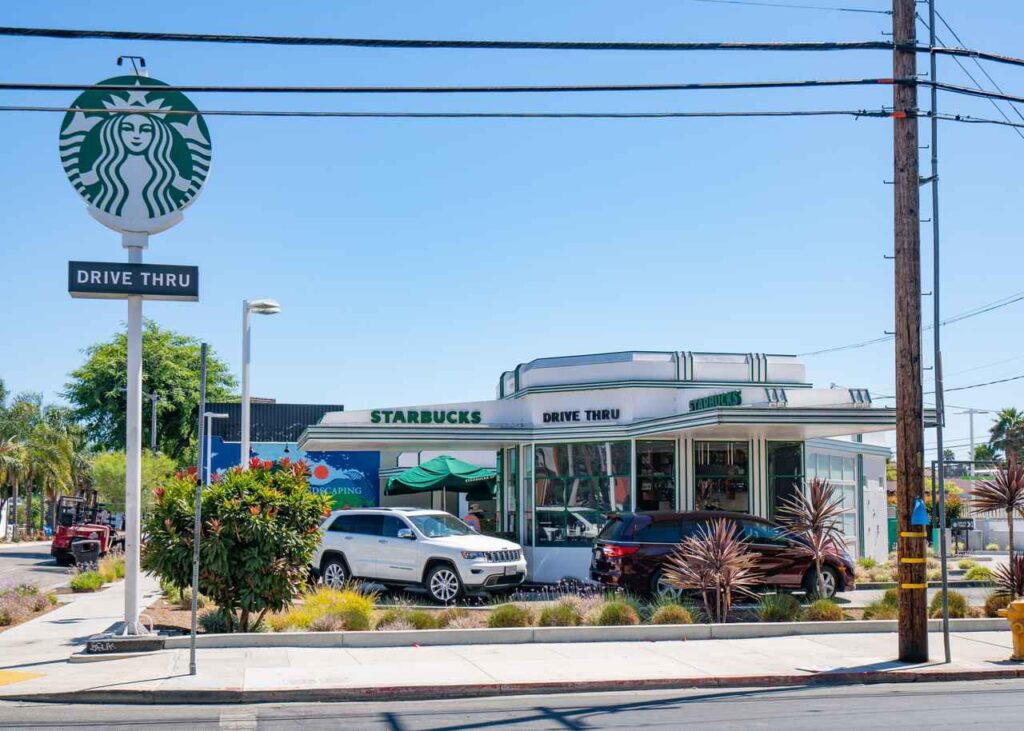 In Japan, “pay it forward” is equivalent to “sending a favor,” but it is natural to feel dissatisfied when you are asked to pay seven or eight times as much for an item that you actually purchased for only six dollars.

As expected, the man was not satisfied and refused to pay, feeling a little guilty about ending the baton relay of kindness that had been going on for 23 cars in his turn.

In recent years, pay-it-forward has gained renewed attention not only at Starbucks but also at many other fast food restaurants.

At Dairy Queen, a popular ice cream store in Minnesota, about 900 customers continued to pay-it-forward for three days during the 2020 holiday season, creating a big stir. It was a big deal.

On the other hand, it is not uncommon for people to get into trouble because what they thought started out as a kind gesture, as in this case, can become a nuisance along the way.

McDonald’s “response” to the “demands” of the super-rich is ridiculous and awesome.

McDonald's fans are happy with the humor that McDonald's showed to the celebrities. McDonald's is popular for i...

The real reason why McDonald’s was able to easily make the decision to “completely withdraw” from Russia.

McDonald's has withdrawn from Russia, and it seems that many Russian citizens have bid farewell. However, the...

How to order a Frappuccino at Starbucks and be surprised by the drink that comes out!

McDonald’s worker revealed “the lie I always tell”, so that was it…!

A former McDonald's employee in Scotland revealed a lie that he always told. What were they? Something hard to ...

Starbucks Barista on “Facts I Can Tell You Now that I’ve Quit,” “Seriously…”

A former barista who worked at Starbucks in the UK revealed a fact that she can now tell because she quit. TikT...

One Man “Cries” in Costco Parking Lot, and His Reason is Heartbreaking