Johnny Depp’s reported new girlfriend is lawyer Joel Rich. Several media outlets, including “US Weekly” magazine and “People,” have confirmed this. However, the degree of seriousness varies from one testimony to another. One insider told People magazine, “The two are dating, but it’s not serious. Another told US Weekly magazine, “The chemistry between the two is outstanding. They are in a serious relationship. The relationship is real. 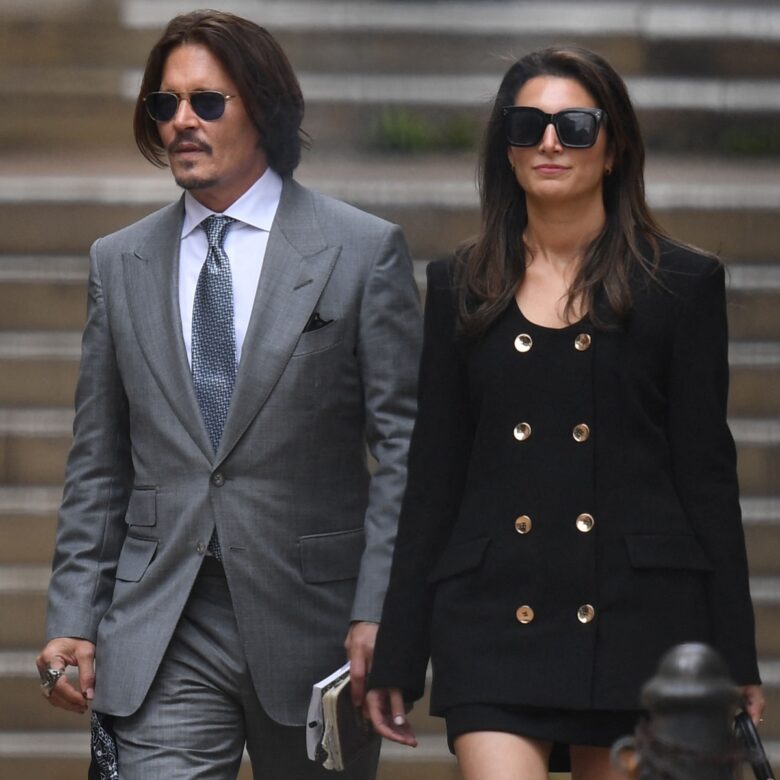 Rich is a lawyer with a London law firm. She was a member of the legal team that represented Depp when she sued the publisher of the Sun newspaper for defamation in the UK in 2018. That trial ended in Depp’s defeat in November 2020.

Rich was not on the legal team for the other trial, the defamation case against Amber Heard in the US, which Johnny won this past June. But according to People magazine, Rich was a frequent visitor to the Virginia courtroom to observe the trial. She was often seen entering the building where the courtroom was located with Johnny. She was also seen outside the building, face to face, looking at Johnny’s phone. A source commented that Rich had no professional obligation to come to the trial in Virginia, and that she was there to support him personally.

According to reports, Rich has a history of marriage. She was still married when she met Johnny, but now the marriage has already broken up. She is in the process of divorcing, the newspaper “New York Post” reported. She and her husband have two children. She also works for a major well-known law firm that has many celebrity clients. Her lawyer also represented Princess Meghan in her lawsuit against a British tabloid newspaper.

Incidentally, there were rumors that Camille Vazquez, who represented Johnny in the U.S. trial, was also dating Johnny. Vazquez denied this and criticized it as “sexist reporting” in an interview with People magazine.

Neither Johnny nor Rich have yet to respond to this report. Johnny is known as a man in love, but most of his previous partners have been models, actors, and other women active in the entertainment industry. It will be interesting to see how his relationship with Rich develops.

Production finally begins on Season 5 of “Stranger Things”! Fans are excited about a photo released by the writers!

Stranger Things” and “High School Musical 2” have collaborated! That famous scene was mashed up and became a huge buzz on social networking sites!

Tom Cruise arrives in South Africa for “Mission: Impossible 8”! Watch out for the giant airplane!

The 8th film in the "Mission: Impossible" series has started shooting in South Africa. Tom Cruise, the star of the f...

Elon Musk has an affair with Google founder’s wife and receives a letter of insulation from Google?

Businessman Elon Musk, best known as the founder of Tesla, is reported to have had an affair with Nicole Shanahan, w...

Amber Heard was able to appear in "Aquaman 2" because of the backing of lead actor Jason Momoa and director James Wa...

Was it paranoia? Amber Heard’s scenes in the “Aquaman” sequel were reduced because “she wasn’t a good fit for the lead role.”