The predominant blockbuster drama “Sex and the City (SATC)” is back!

A reboot version of “And Just Like That …” featuring original casts such as Sarah Jessica Parker, Cynthia Nixon, and Kristin Davis will be released on HBO Max. As reported, unfortunately Kim Cattrall, who plays Samantha Jones, will not appear.

The delivery date is undecided, but Sarah and her co-stars have posted a teaser trailer featuring images of the cityscape of NY and a computer screen on their respective Instagrams to announce the revival of this work.

Sarah added a caption to the Instagram video, imitating Carrie Bradshaw’s tone, “I’m very worried. What are they doing now?” 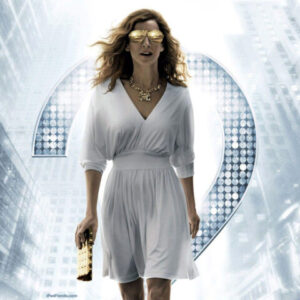 On July 9th, HBO Max released a photo of Sarah Jessica Parker, Cynthia Nixon, and Kristin Davis walking side by side in New York City.

Of course, the cast’s wardrobe has also been updated to the 2021 version. That said, Miranda in wide pants, Carrie in tartan skirts and platform heels, and Charlotte in an off-shoulder dress are still chic.

Cynthia posted the photo on Instagram and wrote in the caption, “The first day of’And Just Like That …’!”

Why Samantha does not appear

“Rather than the characters relive their thirties, this is the story of a woman in her fifties. Everyone focuses on what they experience in that age group.”

Broise also said that Samantha would not appear.

“It’s the same as in real life, some people come and some go away. With fading friendships, new friendships begin. In that sense, I think it’s very suggestive of reality.” 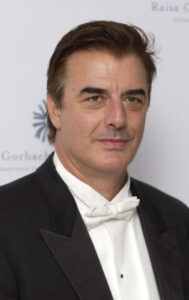 Fortunately for fans, that Mr. Big will also appear in the new series.

In response to the report, Chris replied with a joke to the fans who commented on Instagram, “Well, if’Page Six’says that, it’s true.” He went on to comment, “Everything will change, including news from bad newspapers.”

However, a few months later, “Deadline” reported that Chris was decided to appear. According to the magazine, Chris had been discussing his appearance with HBO for a while.

Page Six also reported that David Eigenberg, who played Miranda’s husband Steve Brady, would not appear, but his agent revealed that he was in talks to appear in a new series. 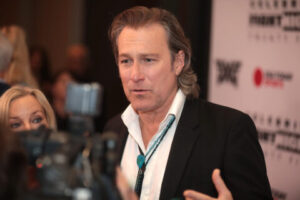 In an interview with Page Six, John Corbett admitted to replaying Carrie’s former fiancée Aidan in a reboot version. He said he was “very excited” about returning to the same role.

In response to the question, “How many episodes can you see Aidan?”, John replied, “I think there will be quite a lot.”

When asked about the cast and crew of the series, he said, “I like them all. They are all very kind.” 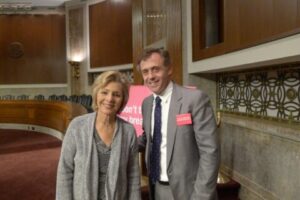 HBO Max announced on Instagram that “And Just Like That …” that David Eigenberg will replay the role of Steve Brady. It was months after the rumors of him coming back.

David was commenting on the possibility of re-appearing in “Us Weekly” in March 2021.

“I really love that show. I think it’s very interesting to revival,” he said, saying he would like to work again with his wife, Cynthia.

That said, David was hesitant to return to the iconic role of “SATC.” That’s the absence of the legendary actress Anne Meara, who played the role of Steve’s mother Mary Brady.

“She’s a painful woman because she’s a woman I admire and a close friend of mine,” she said of Meila, who died in May 2015.

“It’s sad to return to that character because I’ve lost my blood ties. Anne isn’t there anymore. It’s a mixed feeling, but if it works, it might go in that direction.” 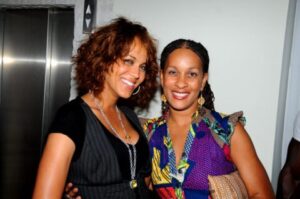 In May 2021, TVLine reported that the rebooted scriptwriters added about six new characters to greatly expand the Carrie, Miranda, and Charlotte communities.

Three of them are of color and are said to be regulars in the series. And finally, an article in The Hollywood Reporter revealed who the three were.

Manchester United’s Glazer family sells 9.5 million shares with a market value of about 20.7 billion yen … Still only 8% of the holdings

スポンサーリンク
A popular “harvest garden” in the Netherlands where vaccination is progressing. Enjoy leisurely on the farmland in the suburbs.
Benedict Cumberbatch in the movie The Courier: Top Secret Carrier Spies Avoid Nuclear War