Since the Moon Jae-in administration, many people in Japan have taken a sudden interest in South Korea.

Japan-Korea Relations” Getting Worse and Worse

Even in South Korea, I felt that Japan-Korea relations were at their worst from the 1960s to the 2000s, when I lived in Japan.

In the first place, many Japanese were “almost indifferent” to the Korean Peninsula until 2002, when former Prime Minister Junichiro Koizumi visited the DPRK and forced Kim Jong-il to acknowledge the abduction case.

It is no wonder. The comfort women issue was first raised in the 1990s, and the recruitment issue in the early 2000s.

The issue of Takeshima, which has been illegally occupied by South Korea for more than 50 years, also seems to have been of little interest to all but a few people.

Then the Moon Jae-in administration overturned the comfort women agreement, and the issue of recruitment began to come back into the spotlight, and relations between Japan and South Korea began to deteriorate.

When I lived in Korea, I found it to be an “underdeveloped” country.

The number of Koreans visiting Japan, which had previously numbered about 8 million a year, plummeted, and the number of anti-Japanese reports in South Korea and anti-Korean reports in Japan increased.

The comment often heard in Japan from Koreans and Koreans living in Japan is, “If you don’t like Japan, why don’t you go back home? It is true.

It is true that if they are dissatisfied with their country of residence, they should simply return to their own country in accordance with their nationality as foreigners in Japan.

In my case, I have been living in South Korea for about 10 years. Is it really “easier” to live in Korea than in Japan?

When the author was traveling back and forth between Japan and South Korea in 2009, South Korea was making its maximum appeal to the world as an advanced country. The information I heard about Korea in Japan gave me the impression that Korea was no different from Japan and that it was an easy place to live.

However, the truth is…. I did not feel that while I was in Korea for a few days on business, but once I actually set up my residence and started living there, I realized that Korea is an “underdeveloped” country that cannot be compared to Japan.

The “reality” I encountered in Korea 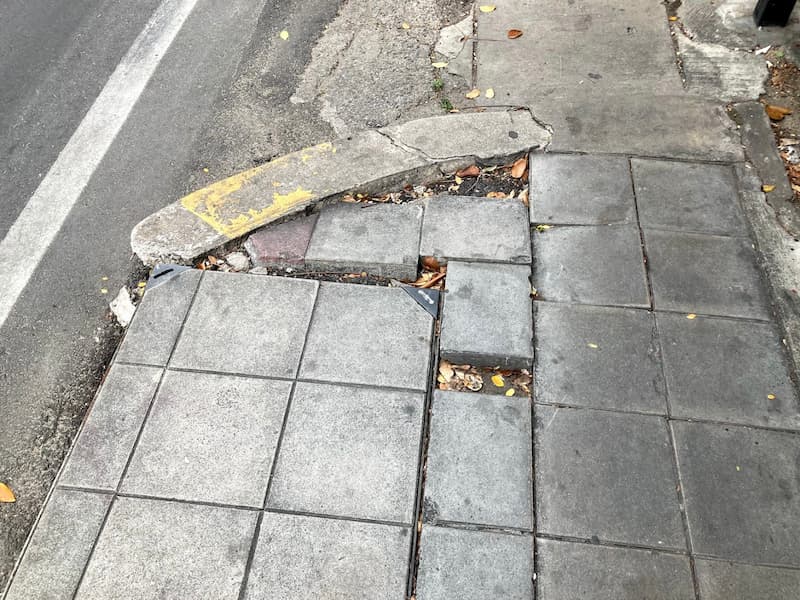 First of all, the streets, although they may look nice and clean from a distance, in reality I came across many dirty scenes.

For example, sidewalks are rickety, and there are no standards for steps on buildings, etc., and the steps are not even.

Alleyways have holes in them, and when walking in the dark at night, one feels as if one is falling into a pit.

I describe South Korea to Japanese visitors as “a country that looks like a Hollywood movie set. In fact, when I lived in Korea, I found that the information I had received in Japan was false.

Having lived in Japan for a long time and being accustomed to well-constructed cityscapes, Korean architecture is stressful for me.

For me, there were also many difficulties in socializing with people in Korea.

It was around 2011, I think, when the author had a chance to have dinner with young journalists from a major Korean newspaper company.

Young journalists at major newspapers are graduates of famous universities and are the elite in Korea.

When they found out that I was a Koreans living in Japan, they all asked me, “What do Japanese people think about the Japan-Korea issues (comfort women, recruitment, Takeshima)?” I asked, “Are Japanese people not very interested in these issues?

I told them that I thought the Japanese people were not very interested in these issues, and then explained that, in my opinion, Japan had officially apologized many times since the 1965 Basic Treaty, and that the issue of recruitment had arisen as a result of the inducement of the leftist Korean lawyers’ group, the Civil Affairs Bureau. The author’s viewpoint was no longer assumed, and the article became a “major criticism of Japan.

However, I was also fed up with the fact that many of the criticisms of Japan that these reporters made were based on the knowledge they had gained from their anti-Japanese education. In this day and age, any information can be Googled on a smartphone and checked for facts, but I was disgusted to find that some reporters got even the facts wrong that could be easily found by doing a quick search.

Naturally, I could debunk the factual errors in the reporters’ stories, but in the end, when they became inconvenient, they went back to the Joseon Dynasty period and swept it under the rug.

To return to the original topic, these arguments are not limited to reporters. Many Koreans who raised Japan-Korea issues with the author then and now switch to other topics when they are about to be defeated, so that they cannot have a single advanced discussion.

I remember the reporters at that time, who, while criticizing Japan, were “in the dark” about watches from Casio, cameras from Nikon and Canon, shoes from ABC Mart, etc. In other words, they wanted to make Korea live up to Japan. In other words, it is 100% impossible to live in Korea like in Japan.

In the second part of this article, “The ‘intense sense of discomfort’ I felt in Korea as a third-generation Koreans living in Japan when I was discriminated against in Korea,” I will continue to introduce the “sense of discomfort” I faced in Korea.

A Series of Visits to Japan and Condolences from Foreign Dignitaries; Wake Held for Abe’s Death, Home

On July 11, the wake for former Prime Minister Shinzo Abe, who died in a shooting incident, was held, and a number o...

What was written in the “handwritten message” from family members that accompanied Queen Elizabeth’s coffin?

A handwritten message card from King Charles and other family members was attached to the coffin of Queen Elizabeth ...

Princess Catherine in full military uniform! Sitting on a tank and wearing a helmet… Documenting her visit to an army training school

Princess Catherine of the British Royal Family has released photos of herself in full military uniform and documenti...

A staff member interrupts and shouts “against war” at a Russian state-run broadcast. Don’t believe the propaganda.”

In a pre-recorded video, she said she was "ashamed that I allowed the Russian people to be zombified," and apologize...

Intelligence Agencies Flag Against Putin? Signs of a major rift within Russia

Why did President Putin decide to invade Ukraine? Various experts have given diverse reasons and perspectives, sugge...

On July 10, people were still mourning the death of former Prime Minister Abe in various parts of the country.... Ev...
スポンサーリンク