The event of worshiping ancestors in Japan fused ancient Japanese beliefs with Buddhism.

The big events that still remain are the equinoctial week and the Obon festival.

Also, since the Obon season is summer, we often take vacations during this period and return to our parents’ homes to worship our ancestors with our families. 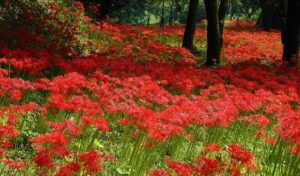 It is one of the miscellaneous clauses in Japan, and the spring equinox and the autumn equinox are set as Chunichi, and there are 7 days each (14 days in total in one year) including 3 days before and after. The Buddhist affairs performed during this period are called the equinoctial week.

“Gokuraku Pure Land” (a type of Pure Land governed by Amida Nyorai, Western Pure Land) in the Pure Land Buddhism is located in the west, and the spring and autumn equinoxes, where the lengths of day and night are the same twice a year, are the sun. Ascends from the east and sets in the west, worshiping the sun setting in the west and thinking of the paradise of the paradise far away is the beginning of the equinoctial week.

However, since the events on the equinoctial week are unique to Japan and not found in Buddhism in India or China, it is presumed in folklore that they originated from the ancient Japanese folk sun beliefs and ancestral beliefs.

“Botamochi” and “Ohagi”, which are made as offerings on the equinoctial week in Japan, are the same, and nowadays it is generally made as a confectionery of less than 10 cm, which is made by lightly wrapping cooked rice and wrapping it in thick bean paste. When it was handmade in various places, there were various botamochi and rice cakes. These names are said to be derived from the peony (spring) and hagi (autumn) that bloom around the equinoctial week. 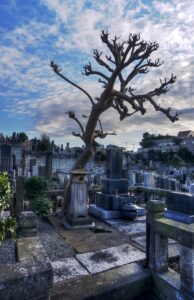 Obon is a series of events held in Japan in the summer to worship the spirits of ancestors. It is an event that combines ancient Japanese ancestral beliefs and Buddhism.

It was once held around July 15th of the lunar calendar.

The official view is not “black”! What color is Oreo? This photo may end the discussion

What a miracle! Americans were shocked to ride the Japanese Shinkansen

It’s not just beautiful! What surprised me at the Japanese fireworks display I heard from foreigners